One of the factors that can alter the response to drugs is the concurrent administration of other drugs. There are several mechanisms by which drugs may interact, but most can be categorized as pharmacokinetic (absorption, distribution, metabolism, excretion), pharmacodynamic (additive, synergistic, or antagonistic effects), or combined interactions. The general principles of pharmacokinetics are discussed in Chapters 3 and 4; the general principles of pharmacodynamics in Chapter 2.

Botanical medications (“herbals”) may interact with each other or with conventional drugs. Unfortunately, botanicals are much less well studied than other drugs, so information about their interactions is scanty. Pharmacodynamic herbal interactions are described in Chapter 64. Pharmacokinetic interactions that have been documented (eg, St. John’s wort) are listed in Table 66–1. 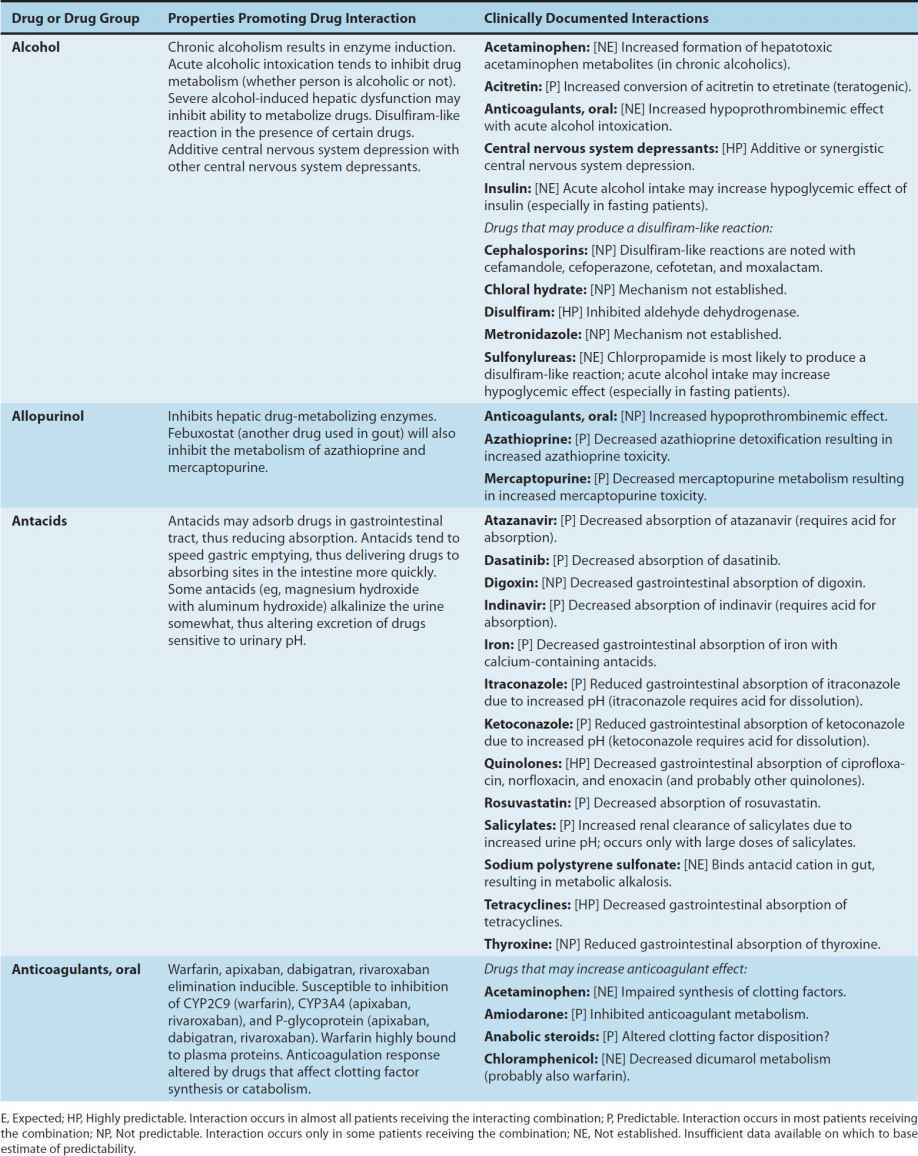 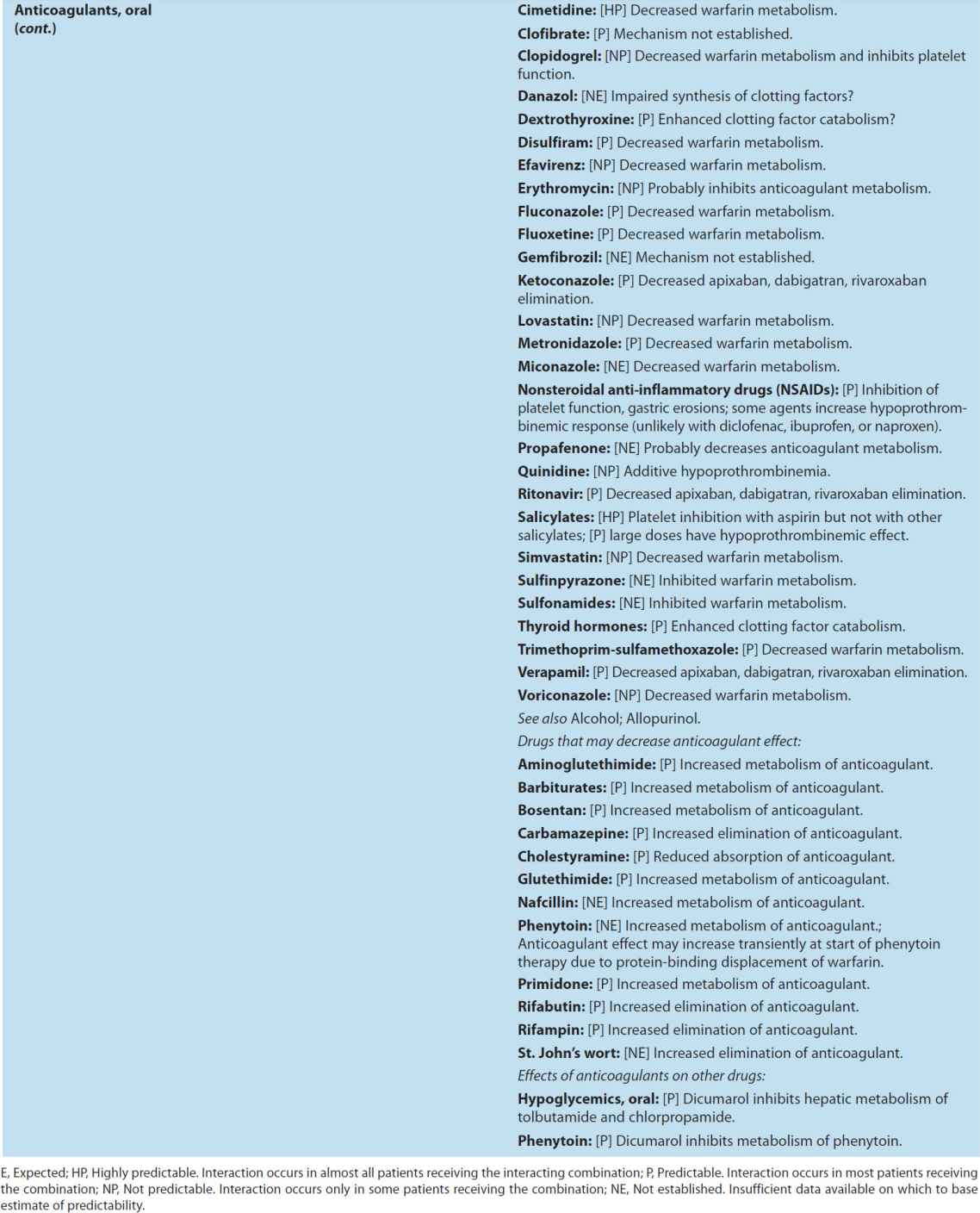 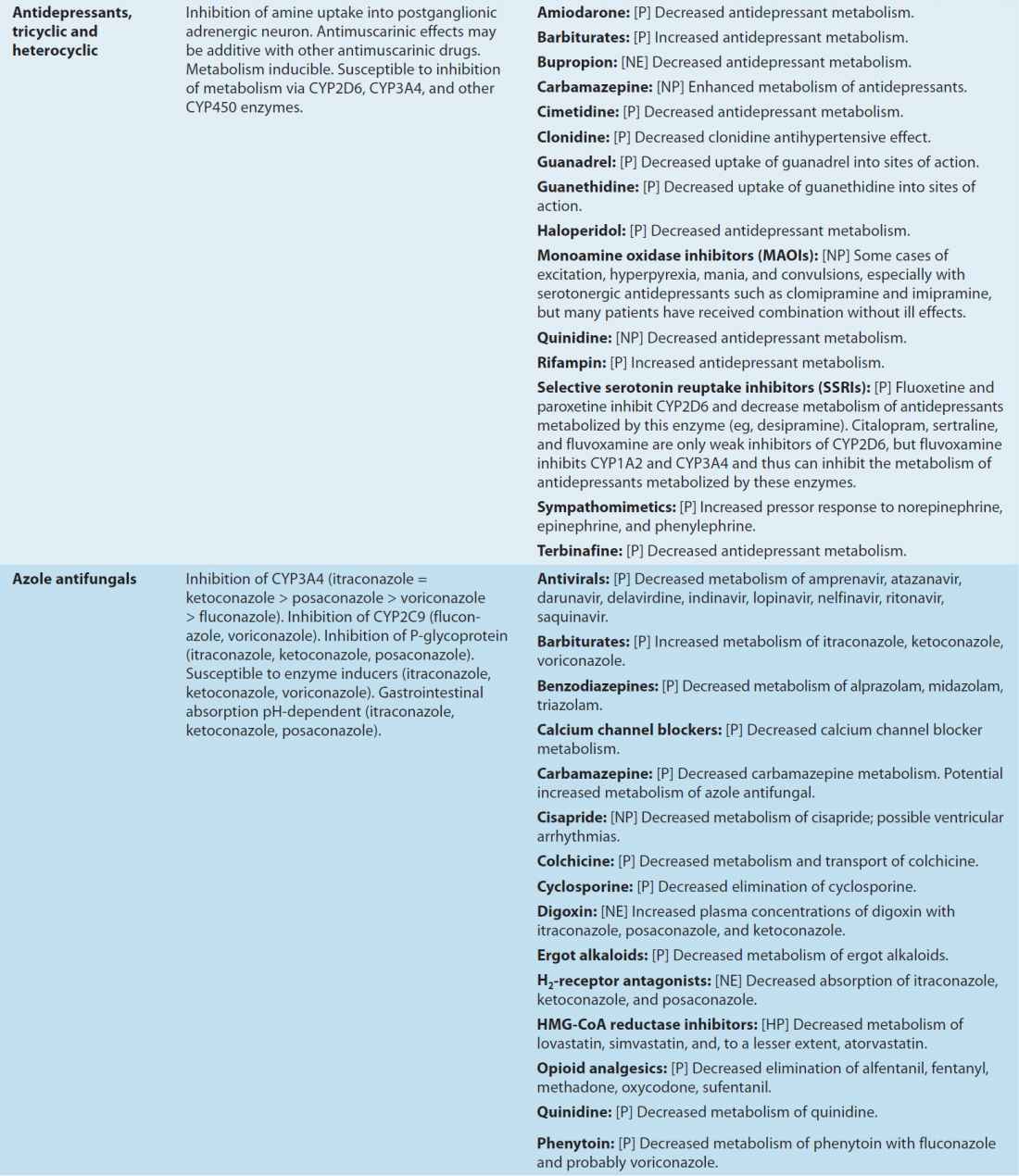 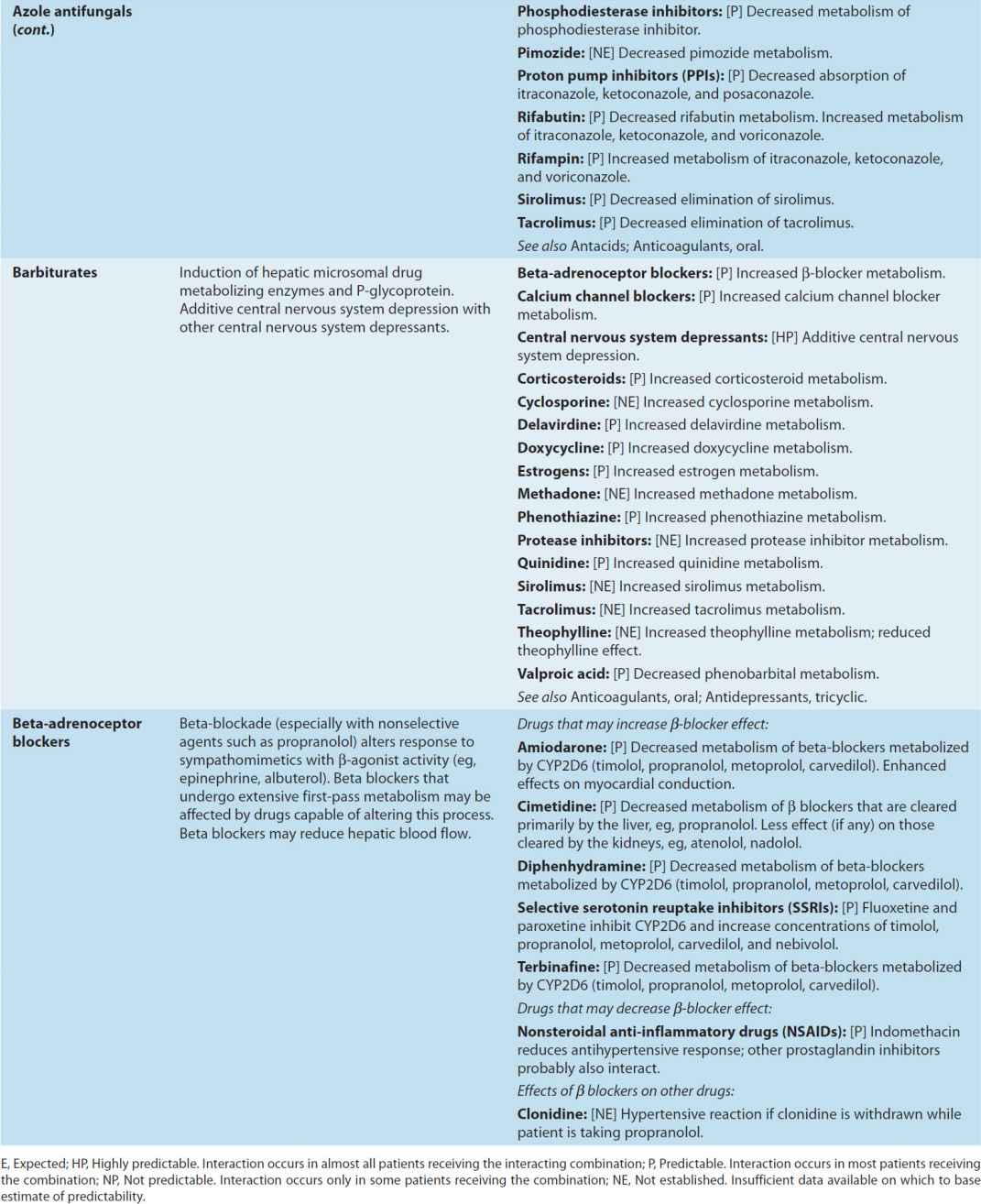 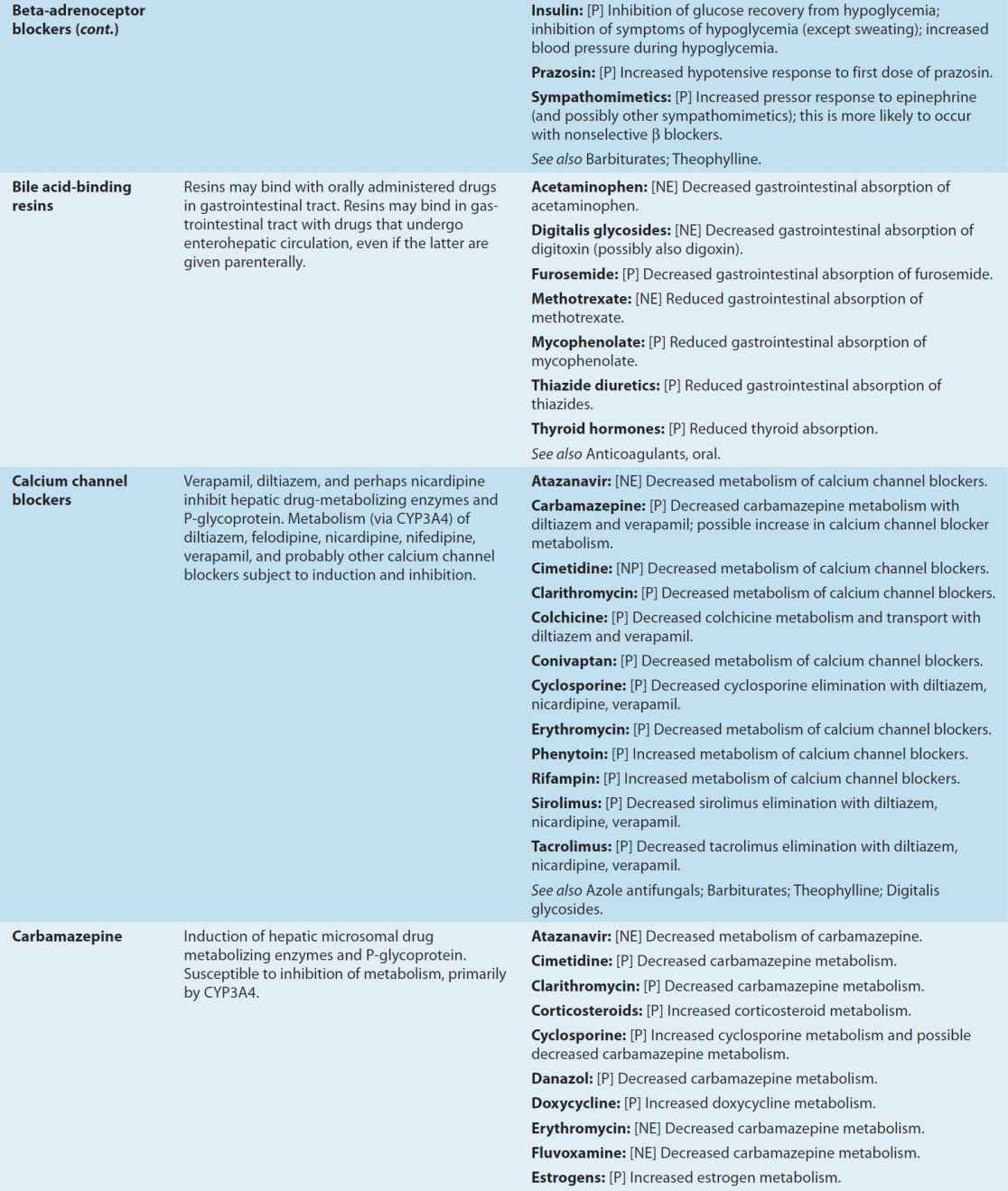 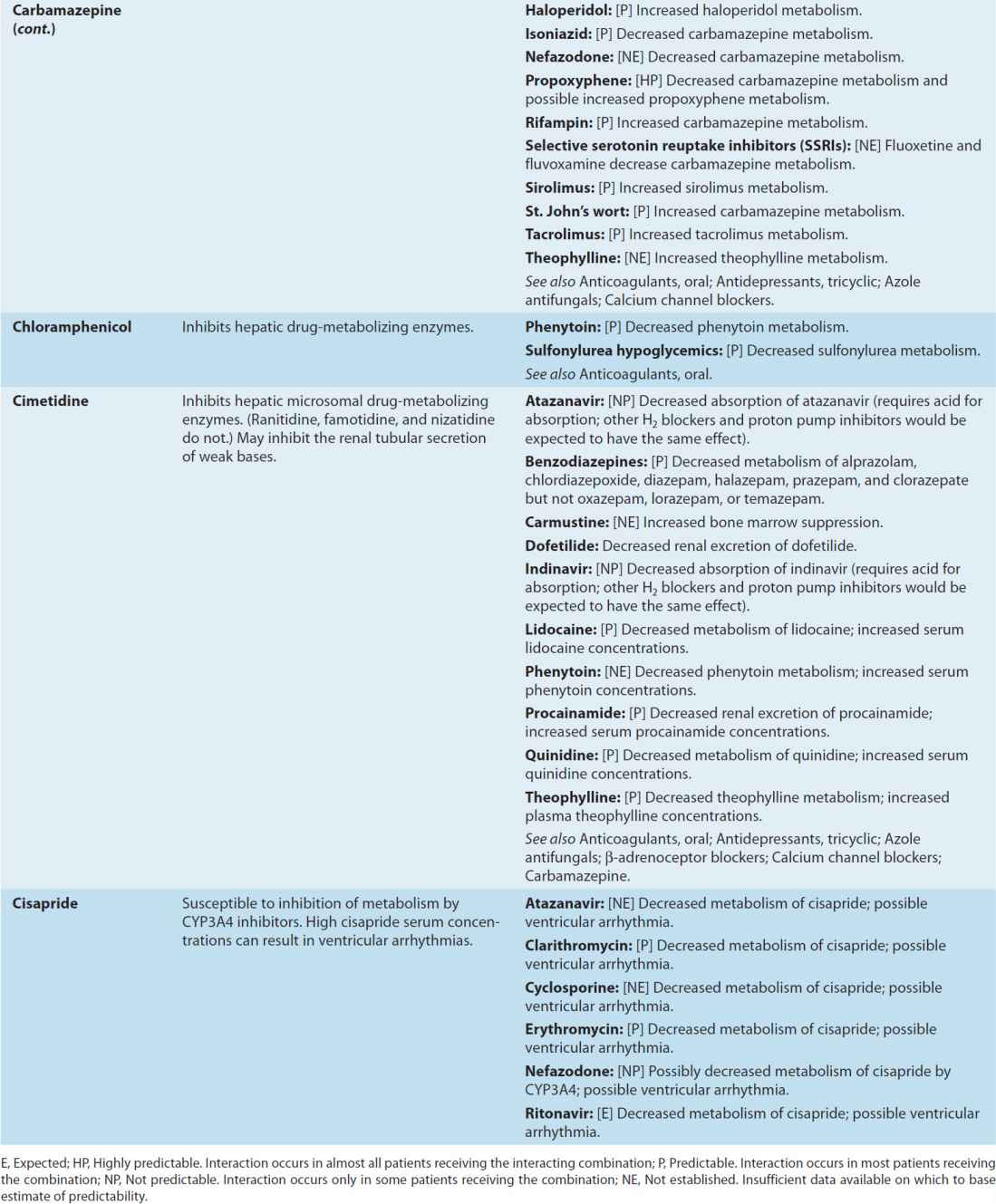 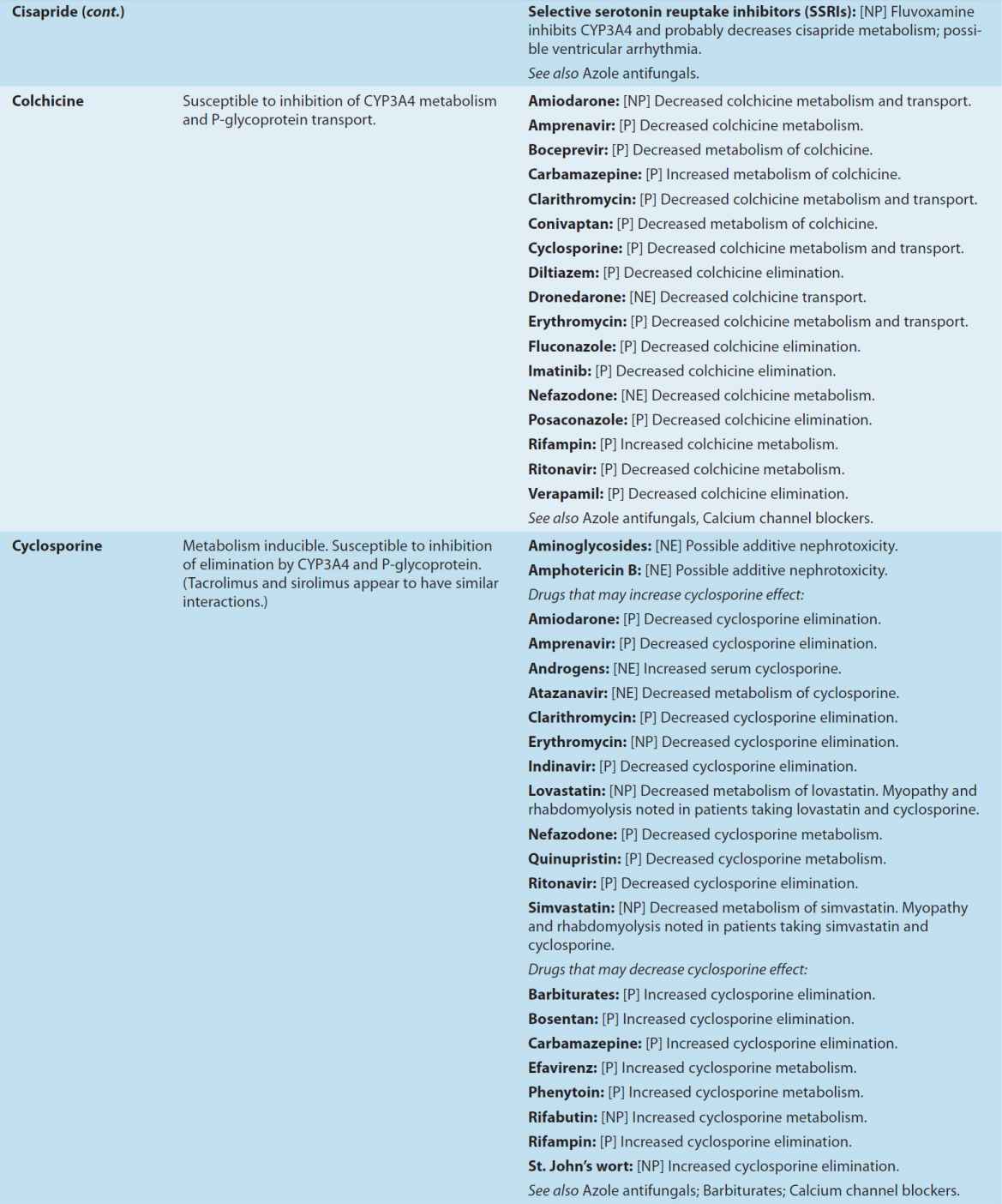 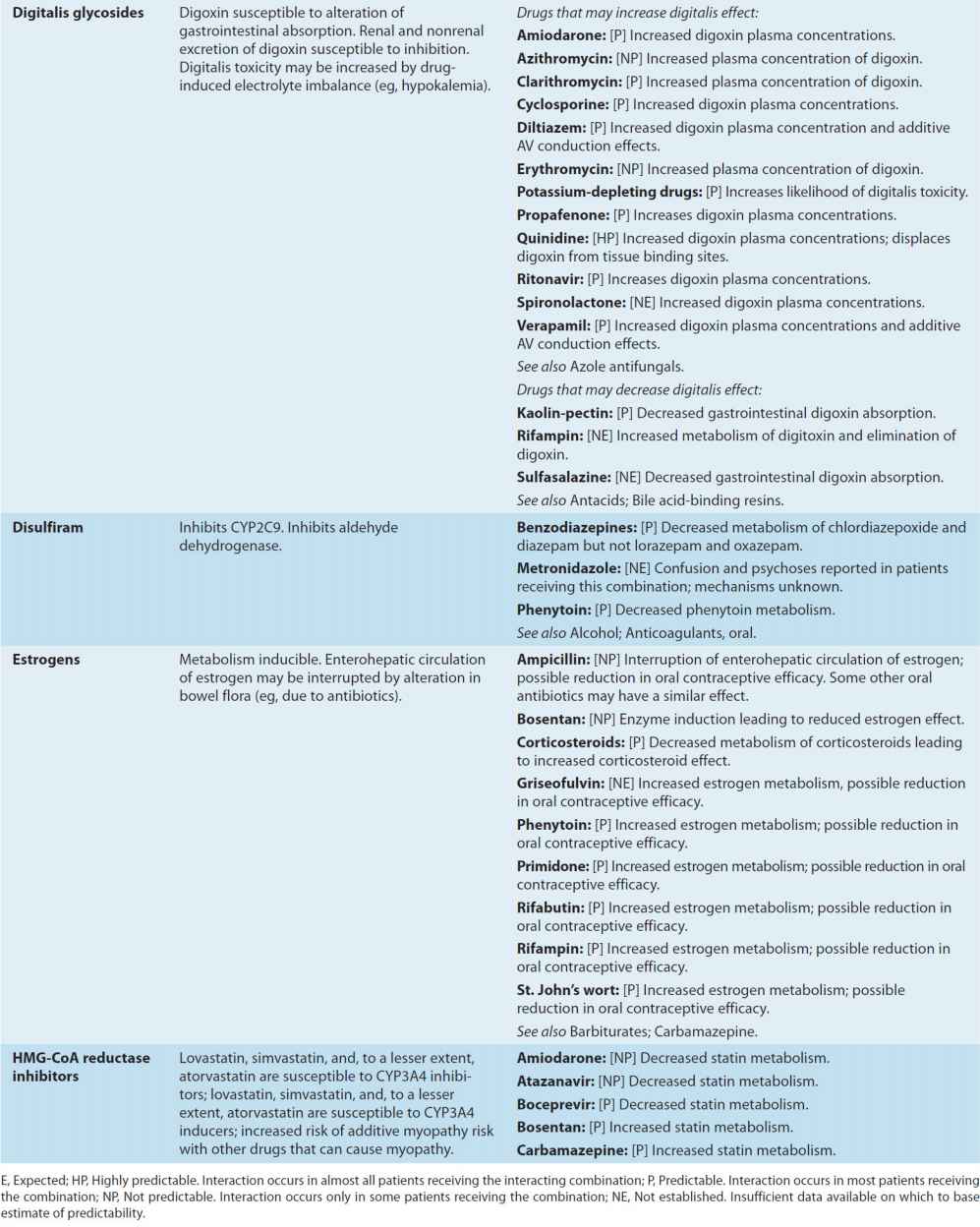 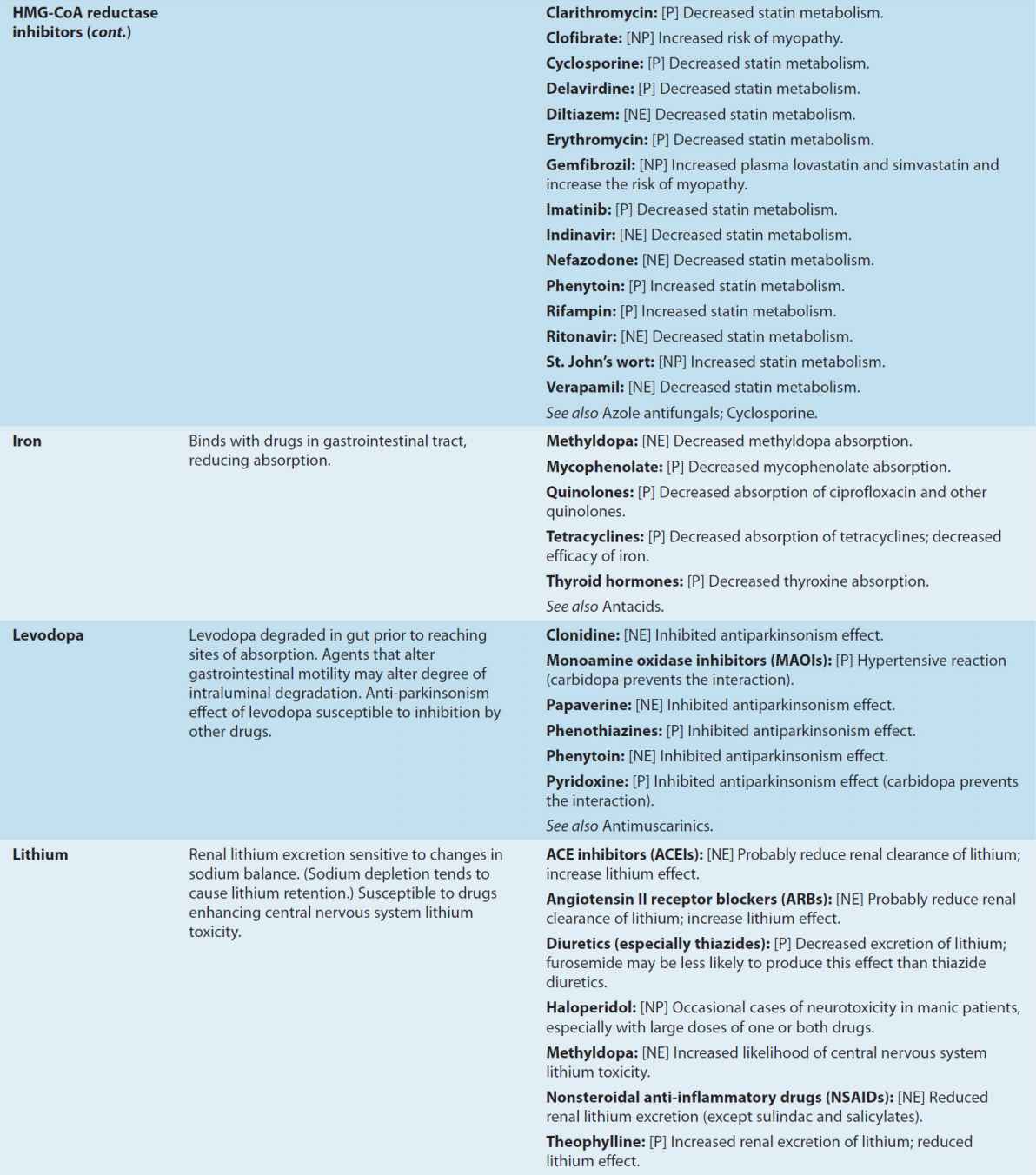 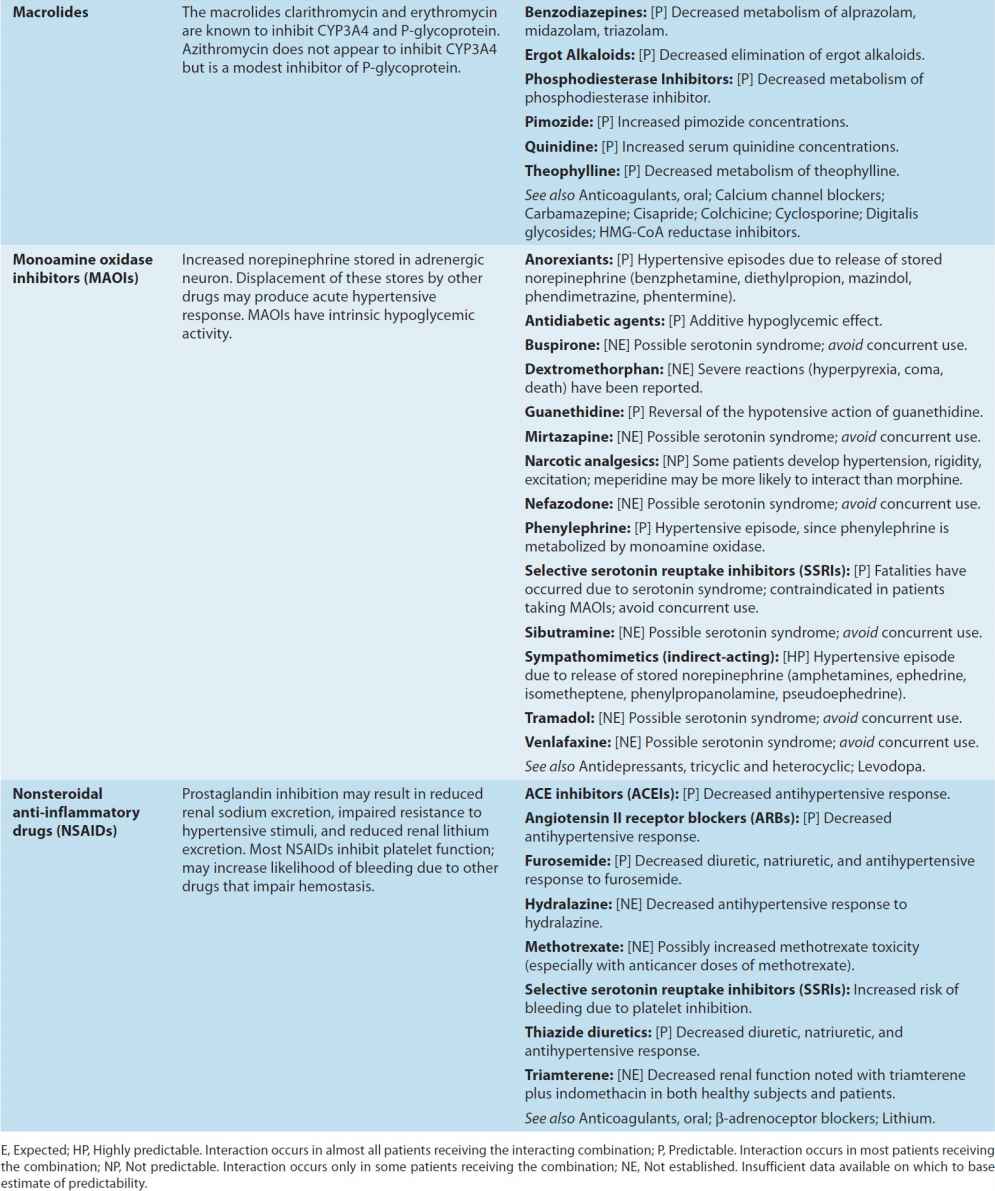 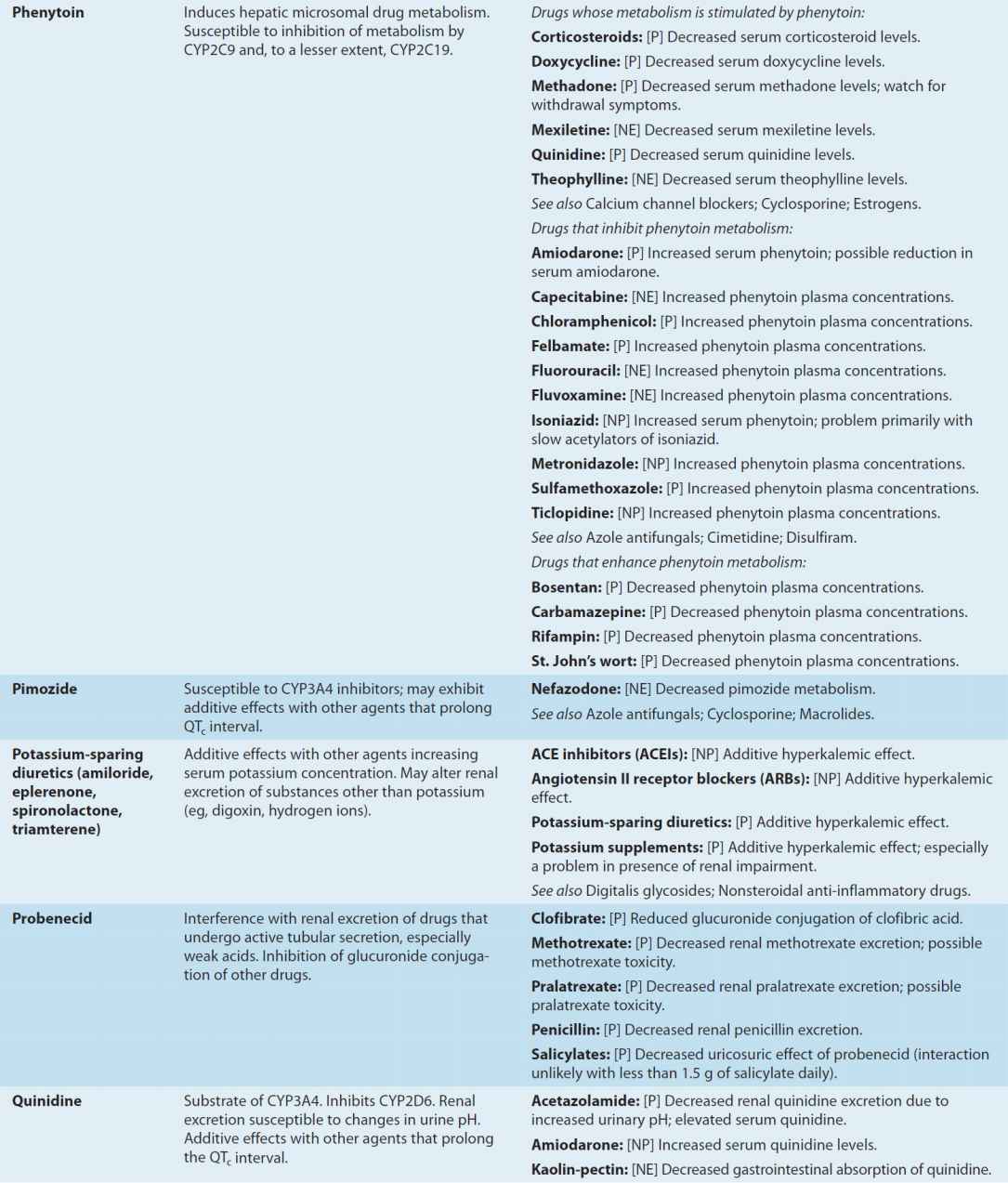 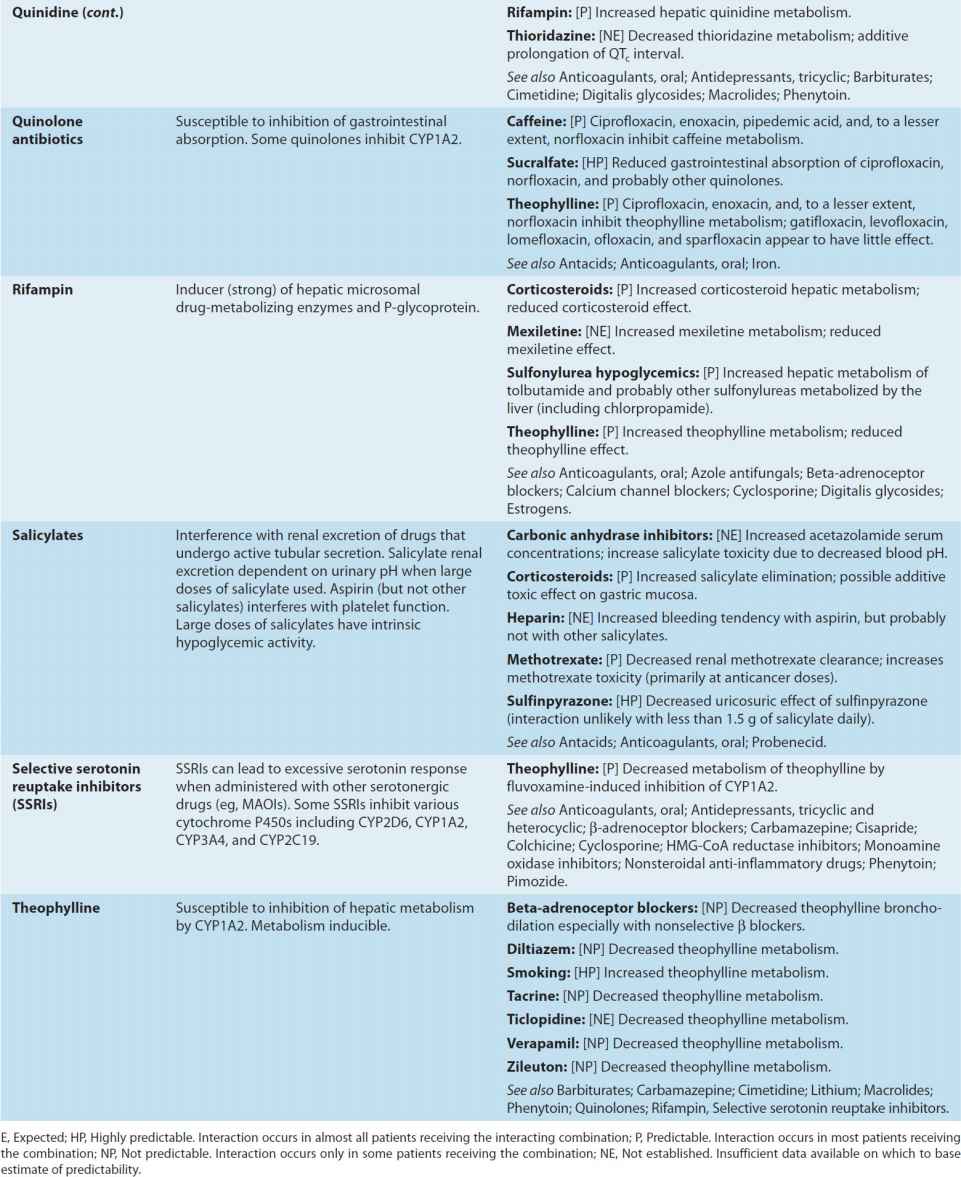 The designations listed in Table 66–1 are used here to estimate the predictability of the drug interactions. These estimates are intended to indicate simply whether or not the interaction will occur, and they do not always mean that the interaction is likely to produce an adverse effect. Whether or not the interaction occurs (precipitant drug produces a measurable change in the object drug) and produces an adverse effect depends on both patient- and drug-specific factors. Patient factors can include intrinsic drug clearance, genetics, gender, concurrent diseases, and diet. Drug-specific factors include dose, route of administration, drug formulation, and the sequence of drug administration. The most important factor that can mitigate the risk of patient harm is recognition by the prescriber of a potential interaction followed by appropriate action.