8.1 Overview of the Endocrine System 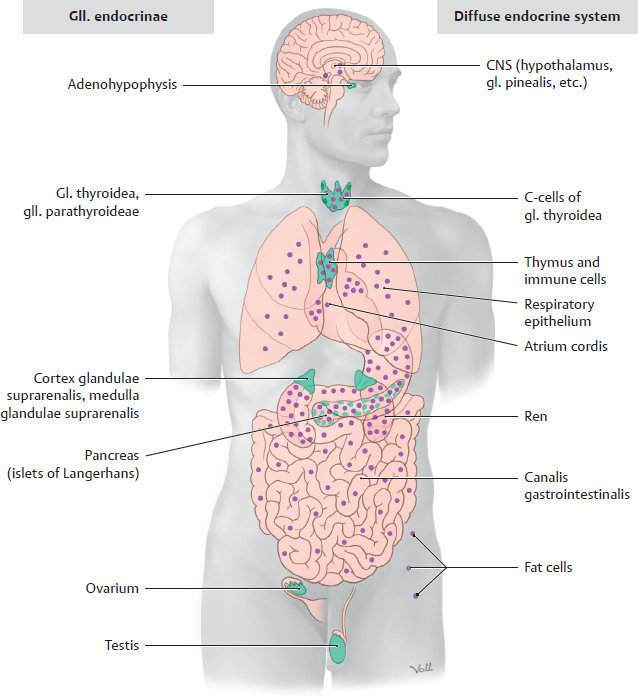 A The endocrine system

The hormones produced by endocrine organs affect other cells in very low doses, and the organs themselves are usually small and difficult to dissect. In addition, they are difficult to classify histologically because they produce a number of different types of hormones (see C). Thus, this chapter will focus on the functional and biochemical aspects of the endocrine system.

B Types of hormonal communication

b Paracrine secretion: The hormones are released into the interstitial fluid and diffuse to neighboring cells that have the hormones‘ receptors. This is the most primitive form of hormonal effect; it developed early in evolution and it still plays a major role in the human endocrine system. Diffuse endocrine cells (see above) act this way, and the immune system uses paracrine signaling with interleukins to enable communication between cells.

c Endocrine secretion: The secreting cell releases the hormone into the blood, where it is transported to the receptor-bearing cells. All major gll. endocrinae utilize this mechanism.

d Neurosecretion: The secreting cell, a neuron, releases its neurotransmitter, which acts as a hormone, directly into the blood stream. Neurosecretion is a transitional type of communication between endocrine signaling and synaptic transmission. It illustrates the close relationship between nervous system and endocrine system.

C Classification of hormones as lipophilic or hydrophilic molecules (after Karlson)

Hormones can be either lipophilic or hydrophilic, which helps explain the substantial differences in their synthesis and function. Lipophilic hormones such as the steroid hormones are synthesized in smooth endoplasmic reticulum, while hydrophilic hormones such as the protein hormones are synthesized in rough endoplasmic reticulum. These differences in synthesis are reflected in the varying amounts of the organelles in hormone-producing cells. 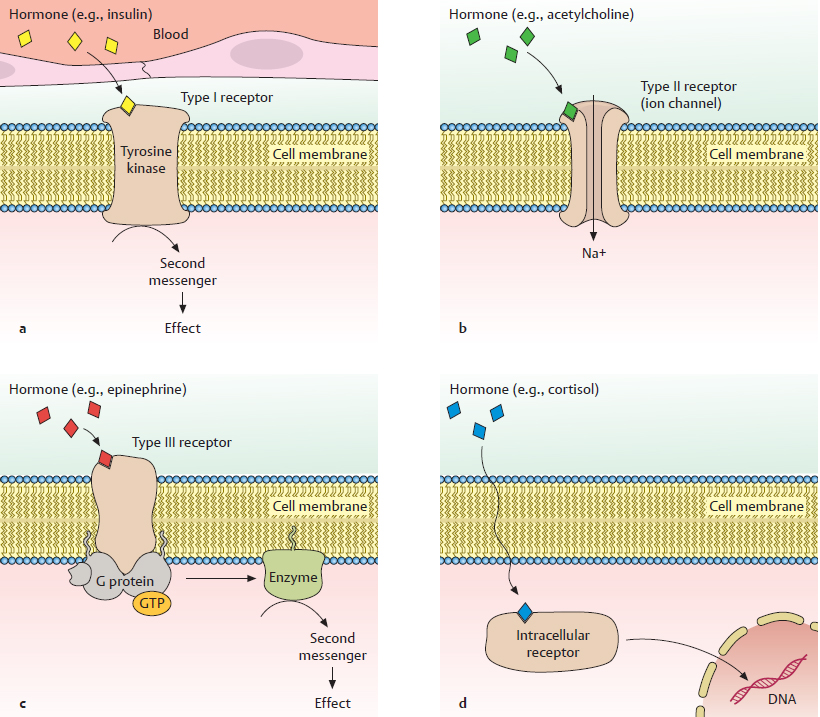