Regulation of the Complement System

The complement system consists of approximately 20 proteins that are present in normal human (and other animal) serum. The term complement refers to the ability of these proteins to complement (i.e., augment) the effects of other components of the immune system (e.g., antibody). Complement is an important component of our innate host defenses.

There are three main effects of complement: (1) lysis of cells such as bacteria, allografts, and tumor cells; (2) generation of mediators that participate in inflammation and attract neutrophils; and (3) opsonization (i.e., enhancement of phagocytosis). Complement proteins are synthesized mainly by the liver.

Several complement components are proenzymes, which must be cleaved to form active enzymes. Activation of the complement system can be initiated either by antigen–antibody complexes or by a variety of nonimmunologic molecules (e.g., endotoxin). 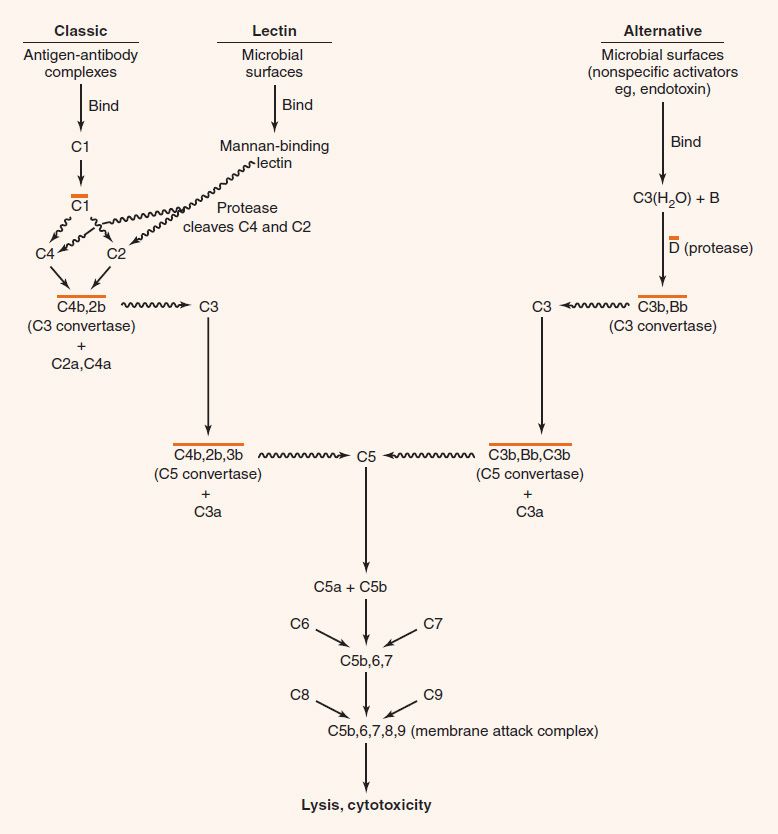 FIGURE 63–1 The classic and alternative pathways of the complement system.

indicates that proteolytic cleavage of the molecule at the tip of the arrow has occurred; a line over a complex indicates that it is enzymatically active. Note that all small fragments are labeled “a,” and all large fragments are labeled “b.” Hence the C3 convertase is depicted as C4b,2b. Note that proteases associated with the mannan-binding lectin cleave C4 as well as C2.

All three pathways lead to the production of C3b, the central molecule of the complement cascade. The presence of C3b on the surface of a microbe marks it as foreign and targets it for destruction. C3b has two important functions: (1) It combines with other complement components to generate C5 convertase, the enzyme that leads to the production of the membrane attack complex; and (2) it opsonizes bacteria because phagocytes have receptors for C3b on their surface.

(1) In the classic pathway, antigen–antibody complexes1 activate C12 to form a protease, which cleaves C2 and C4 to form a C4b,2b complex. The latter is C3 convertase, which cleaves C3 molecules into two fragments, C3a and C3b. C3a, an anaphylatoxin, is discussed later. C3b forms a complex with C4b,2b, producing a new enzyme, C5 convertase (C4b,2b,3b), which cleaves C5 to form C5a and C5b. C5a is an anaphylatoxin and a chemotactic factor (see later). C5b binds to C6 and C7 to form a complex that interacts with C8 and C9 to produce the membrane attack complex (C5b,6,7,8,9), which causes cytolysis. Note that the “b” fragment continues in the main pathway, whereas the “a” fragment is split off and has other activities.

(2) In the lectin pathway, mannan-binding lectin (MBL) (also known as mannose-binding protein) binds to the surface of microbes bearing mannan (a polymer of the sugar, mannose). This activates proteases associated with MBL that cleave C2 and C4 components of complement and activate the classic pathway. Note that this process bypasses the antibody-requiring step and so is protective early in infection before antibody is formed.

Tags: Review of Medical Microbiology and Immunology 13e
Jan 26, 2017 | Posted by admin in MICROBIOLOGY | Comments Off on Complement
Premium Wordpress Themes by UFO Themes
WordPress theme by UFO themes
%d bloggers like this: