Presence of a nucleus, mitochondria, and endoplasmic reticulum

The chemical structure of the cell wall in fungi is markedly different from that of bacterial cells in that it does not contain peptidoglycan, glycerol, teichoic acids, or lipopolysaccha-ride. In their place are the polysaccharides mannan, glucan, and chitin in close association with each other and with structural proteins (Figure 42–2). Mannoproteins are mannose-based polymers (mannan) found on the surface and in the structural matrix of the cell wall, where they are linked to protein. They are major determinants of serologic specificity because of variations in the composition and linkages of the polymer side chains. Glucans are glucosyl polymers, some of which form fibrils that increase the strength of the fungal cell wall, found to be often in close association with chitin. Chitin is composed of long, unbranched chains of poly-N-acetylglucosamine. It is inert, insoluble, and rigid and provides structural support in a manner analogous to the chitin in crab shells or cellulose in plants. It is a major component of the cell wall of filamentous fungi. In yeasts, chitin appears to be of most importance in forming cross-septa and the channels through which nuclei pass from mother to daughter cells during cell division. 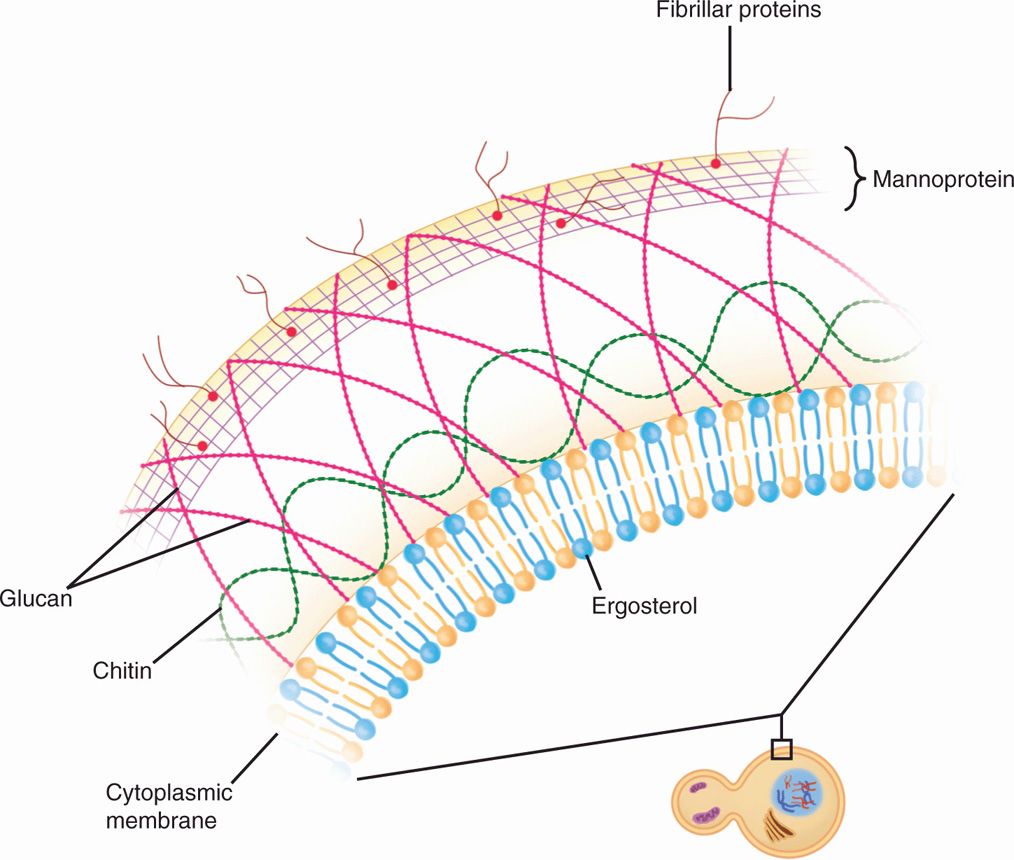 FIGURE 42–2. The fungal cell wall. The overlapping mannan, glucan, chitin, and protein elements are shown. Proteins complexed with the mannan (mannoproteins) extend beyond the cell wall.

Chitin and glucans give rigidity to cell wall

Fungal metabolism is heterotrophic, degrading organic substrates as an exogenous source of carbon. Metabolic diversity is great, but most fungi grow with only an organic carbon source and ammonium or nitrate ions as a nitrogen source. In nature, nutrients for free-living fungi are derived from decaying organic matter. A major difference between fungi and plants is that fungi lack chloroplasts and photosynthetic energy-producing mechanisms. Most are strict aerobes, although some can grow under anaerobic conditions. Only a few are anaerobes, none of which are human pathogens.

Fungi may reproduce by either asexual or sexual process. The asexual form is called the anamorph, and its reproductive elements are termed conidia. The sexual form is called the teleomorph, and its reproductive structures are called spores (eg, ascospores, zygospores, basidiospores). Asexual reproduction involves mitotic division of the haploid nucleus and is associated with production by budding spore-like conidia or separation of hyphal elements. In sexual reproduction, the haploid nuclei of donor and recipient cells fuse to form a diploid nucleus, which then divides by classic meiosis. Some of the four resulting haploid nuclei may be genetic recombinants and may undergo further division by mitosis. Highly complex specialized structures may be involved. Detailed study of this process in fungal species, such as Neurospora crassa (brewers’ yeast), has been important in gaining an understanding of basic cellular genetic mechanisms.

The size of fungi varies immensely. A single cell without transverse septa may range from bacterial size (2-4 μm) to a macroscopically visible structure. The morphologic forms of growth vary from colonies superficially resembling those of bacteria to some of the most complex, multicellular, colorful, and beautiful structures seen in nature. Mushrooms are an example and can be regarded as a complex organization of cells showing structural differentiation.

Mycology, the science devoted to the study of fungi, has various terms to describe the morphologic components that comprise these structures. The terms and concepts that must be mastered can be limited by considering only the fungi of medical importance and accepting some simplification.

Initial growth from a single cell may follow either of two courses, yeast or mold (Figure 42–3A and B). The first and simplest is the formation of a bud, which extends from a round or oblong parent, constricts, and forms a new cell, which separates from the parent. These buds are called blastoconidia, and fungi that reproduce in this manner are called yeasts. On plates, yeasts form colonies that resemble those of bacteria. In fluids they are much more portable than molds because of the retention of a single-cell nature. 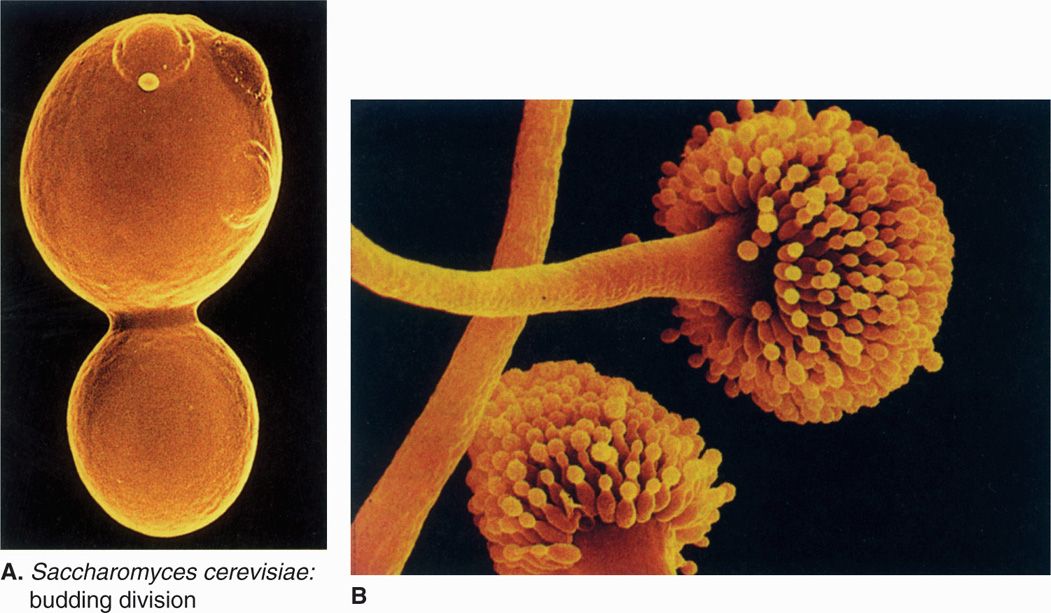 FIGURE 42–3. Yeast and mold forms of fungal growth. A. This oval yeast cell is budding to form a blastoconidium. Scars from the separation of other blastoconidia can be seen on other parts of the cell. B. The mold form is highly variable. Here tubular stalks called condiophores arising from hyphae (not seen) bear a “Medusa head” crop of reproductive conidia. (Reproduced with permission from Willey JM: Prescott, Harley, & Klein’s Microbiology, 7th edition. McGraw-Hill, 2008.)