Tips on Maintaining an Effective Lab Notebook for Bench Research 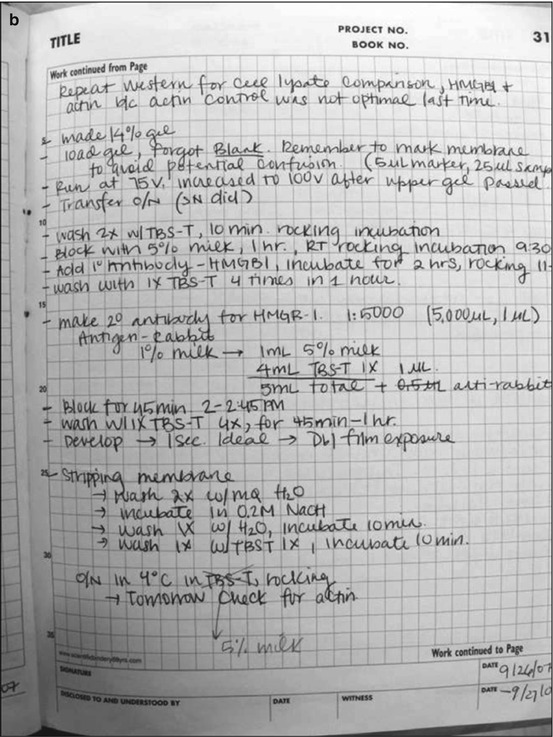 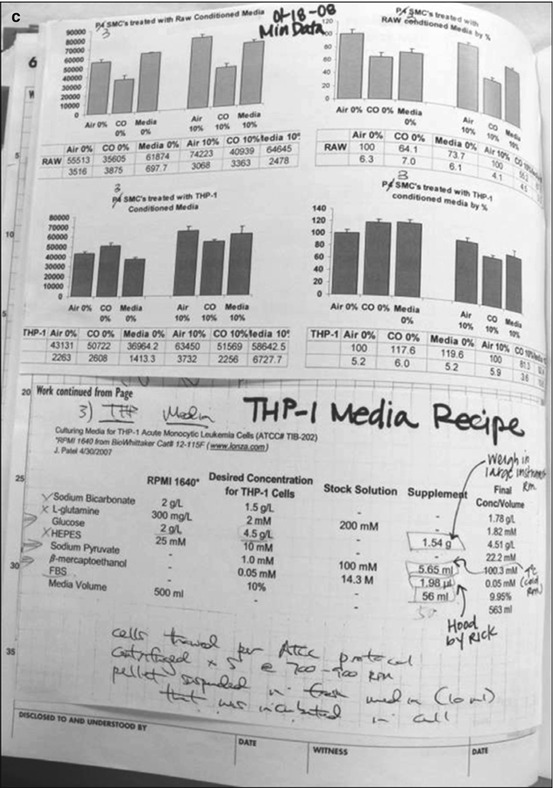 Over the course of the twentieth century, self-recording instrumentation as well as imaging technology has led to major advances in science but has complicated the methods of traditional data storage due to a massive increase in data volume [1]. Examples of this include genomic analysis with gene arrays and proteomic studies that yield very large data sets. Similarly, complex histologic and microscopy techniques produce images and videos that are poorly represented in static photographs. In the past, experiments and their results have been recorded in a bound laboratory notebook. However, the contemporary research record now may include a number of complex data sets and large series of images that simply cannot be translated into a paper format for a notebook. Statistics, findings, and conclusions should also be documented and stored but is often found in an electronic format in proximity to the statistical package used to generate the information. The inclusion of all these different forms of documentation creates a laboratory notebook that is essentially “fragmented” [2] in which a combination of paper records, electronic files spread over a number of different computers in different locations, manila folders replete with printouts or spreadsheets, CDs, and storage devices containing images and videos comprises the “notebook.” The challenge is to create a system in which these fragmented sets of data can be cataloged for easy reference and incorporated into a cohesive, durable, and secure record of experimentation.

Maintenance of the Canonical Laboratory “Notebook”

Granting agencies are currently making an effort to encourage data archiving to promote sharing of raw data among the scientific community. As per recent funding guidelines from the National Science Foundation, “Proposals submitted or due on or after January 18, 2011, must include a supplementary document of no more than two pages labeled “Data Management Plan.” This supplementary document should describe how the proposal will conform to NSF policy on the dissemination and sharing of research results.” Additionally, many high impact journals require that raw data sets be made accessible to the scientific community, usually in a web-based format. Funding agencies as well as academic institutions require maintenance of data archives for a certain amount of time after publication of the research. The federal government requires that research records be stored for a minimum of 7 years after final publication of the results. For research involving clinical data, these requirements may be longer. It is encouraged that the original data be stored whenever possible. This allows for protection in the case of patent application or litigation. In the unfortunate circumstance in which research integrity has been questioned, records should be kept at least until the matter has been resolved, which may take longer than the 7-year federal requirement.
Only gold members can continue reading. Log In or Register to continue