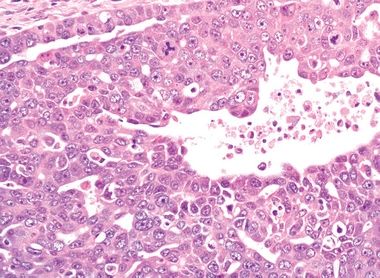 5.  Ovarian mucinous tumors are composed of an epithelium that microscopically and ultrastructurally resembles:

6.  A 40-year-old woman undergoes excision of a large multilocular ovarian cyst containing thick mucinous fluid. Microscopically, the wall consists of nonciliated columnar cells arranged mostly in a single layer and papillary projections, with some foci of increased cytologic atypia and stratification, as shown in this picture. Stromal invasion is absent. These features are most consistent with: 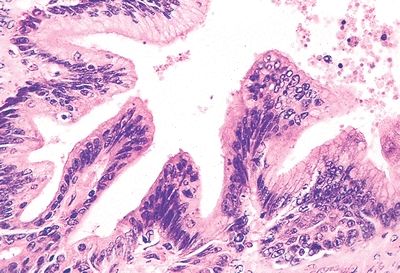 A.  Association with endometriosis

B.  Presence of KRAS mutations

8.  A nodule found in the wall of an ovarian mucinous tumor reveals the histologic features shown in this picture. Which type of mural nodule is it? 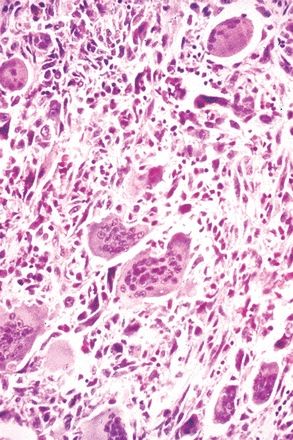 9.  This photomicrograph shows an ovarian lesion. Which of the following is the most likely diagnosis? 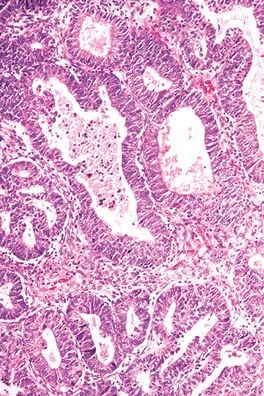 10.  The ovarian tumor whose typical morphology is shown in this picture is most frequently associated with ovarian/pelvic endometriosis and increased risk of thrombosis. Which one is it? 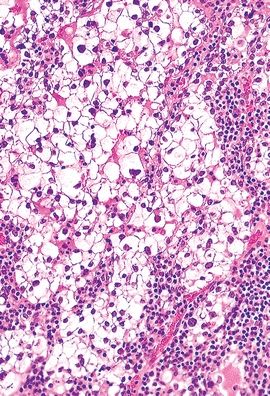