Anatomic Variation of the Blood Vessels 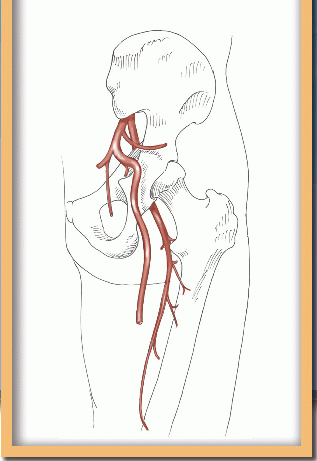 Anatomic Variation of the Blood Vessels
Vascular Anatomic Variation
In this book, as in any description of normal anatomy, it is important to recognize that the common vascular patterns depicted will only be encountered 50% to 70% of the time in clinical practice. Some vessels, particularly those supplying the abdominal viscera, are more likely to deviate from the prevalent pattern. Many of these variations can be understood in the context of the vascular embryology described in the Introduction. The variables include the origin and number of vessels supplying particular structures and the course, size, and shape of the vessel. These variations may be as simple as the tortuosity of an internal carotid artery or as drastic as the total deletion of a vessel.
There has been considerable discussion of semantic distinctions in classifying types of variation. The different terms that have been applied basically reflect the degree of atypia and the functional implications of the altered pattern. These terms should be noted in passing, keeping in mind the broad spectrum of patterns that are being differentiated. Terms such as atavism and reversion suggest the persistence of a pattern that occurred in the normal course of embryologic development and the arrest of development short of the mature human pattern.
These deviations frequently resemble the patterns found in lower animals because embryology reflects evolution. The term variation suggests a mild deviation from the typical pattern, whereas the term anomaly implies a more marked deviation from the standard. The terms malformation and abnormal carry a graver connotation, suggesting a dysfunctional pattern that may be injurious to the individual. Such a pattern may divert or disrupt needed blood flow or may impinge on adjacent structures and disrupt their function. The more severe the malformation, the more likely it will be symptomatic and discovered during life. An additional risk exists for even benign variations, such as an aberrant obturator artery that can be easily injured by an unwary surgeon.
There is an almost limitless variety of vascular patterns ranging from the simple to the bizarre. Fortunately for the clinician, 95% to 98% of patterns presented by a particular vessel can be accounted for among two or three variations. To keep this fact in perspective, we focus on the common variations of major vessels and clinically important vessels in the following discussion and briefly note the more obscure patterns.

Thoracic Aorta
Aortic Arch
Anomalies of the aortic arches are rare and are usually the result of atypical segmental regression of the paired arches present at approximately the seventh embryonic week1 (Fig. 19-1). Many of these anomalies are asymptomatic and are discovered incidentally. Aortic rings, for example, are often totally asymptomatic but may cause dysphagia and dyspnea in the neonatal period.
Aortic arch anomalies have been classified into four groups and 24 subgroups by Stewart et al.2 The variety of forms seems confusing at first glance but yields to logical analysis when one considers the segments of the paired fourth arches that involute (Fig. 19-2). Regression of the distal segment of the right fourth arch results in the normal pattern of the brachiocephalic, left common carotid, and left subclavian arteries arising from a left-sided arch (Fig. 19-2A). Regression of the right arch segment between the common carotid and right subclavian arteries (Fig. 19-2B) results in an aberrant right subclavian artery arising as the fourth branch of the aortic arch. This vessel most commonly passes posterior to the esophagus and may cause esophageal compression and dysphagia (dysphagia lusoria).3
Regression of the distal left arch results in a right-sided aortic arch that is the mirror image of the common pattern (Fig. 19-2C), and regression of the left carotid-subclavian segment results in a right arch with an aberrant left subclavian artery4 (Fig. 19-2D). Partial persistence of any of the involuted segments as a hypoplastic channel or fibrous band results in a vascular ring surrounding the trachea and esophagus. In addition, connection of the sixth arch to the dorsal continuation of the fourth arch may persist on one or both sides, adding a variety of ductus arteriosus anomalies to the basic aberrant arch patterns. The mirror image variants of each of these patterns accounts for the number of described anomalies. Although some variations of aberrant aortic arch branch patterns are consequences of basic arch anomalies, many others are seen with the common form of a simple left-sided arch.


Coarctation of the Thoracic Aorta
The transitional segment of thoracic aorta in the region of the ductus arteriosus may be congenitally narrow or even absent.5 Such narrowing, called coarctation, makes up 6% to 10% of all major cardiovascular malformations and occurs in between one and six per 10,000 live births.1 The narrowing may also take the form of a fibrotic cord, diaphragm, or complete interruption. Most commonly, coarctation occurs just distal to the left subclavian artery. In rare cases, the narrowing may be found in the arch or anywhere along the distal aorta (coarctation of the abdominal aorta is discussed below).
Coarctation has great clinical significance. It is a common cause of hypertension in children who may be asymptomatic until the overworked ventricles enlarge and ultimately fail. Early correction, however, leads to a normal functional state and life span. The defects have been classified based on the length, position relative to the ductus arteriosus, patency of the ductus, ventricular hypertrophy, and degree of collateral circulation (Fig. 19-3).


Primary Branches of the Aortic Arch
The major branches of the aortic arch vary in their position on the arch, their distance from each other, the number of their primary stems, and their course and tortuosity. In addition, a number of branches that are usually secondary may originate instead directly from the aorta.6
Although the common pattern of branching is seen approximately 70% to 80% of the time, as many as one-fourth of the population has a left common carotid originating from or sharing a common root with the brachiocephalic trunk7 (Fig. 19-4). These two patterns, along with another (the left vertebral artery arising from the arch between the left common carotid and subclavian arteries [2.5% to 5% of cases]), account for 95% to 97% of aortic arch branch patterns. A large variety of other patterns comprise the remaining few percent of aberrations, with the aberrant right subclavian artery mentioned above appearing frequently in combination with other anomalies.


Brachiocephalic Artery
The brachiocephalic artery exhibits some variability in the level at which it bifurcates into right subclavian and right common carotid arteries. When the point of division is high, the brachiocephalic artery can rise above the manubrium of the sternum (12%) and may be medial enough to pose a danger during tracheostomy.7 A low point of division results in longer subclavian and carotid segments. In the extreme case, the right subclavian and right common carotid may arise directly from the arch with no brachiocephalic trunk (0.5%).
Common Carotid Artery
In addition to the major variations discussed above, the common carotid arteries have variable points of bifurcation, are occasionally tortuous, and occasionally give rise to branches normally originating elsewhere. The variant bifurcation is more commonly found high than low and may be as high as the level of the hyoid bone and more rarely as low as the cricoid cartilage.6 Tortuosity of the common carotid artery is occasionally found and in rare instances may form a complete loop in the neck. Branches of the external carotid artery sometimes found originating from the normally branchless common carotid include the superior and inferior thyroid, thyroidea ima, and ascending pharyngeal arteries. Rarely, a vertebral artery arises from a common carotid.

Arteries of the Upper Extremity
Axillary Artery
The main trunk of the axillary artery is fairly constant. Significant variations include rare early branching into radial and ulnar arteries and the presence of a latissimus muscle slip over the third part of the vessel. The branches of the axillary artery, conversely, are so variable that the most common pattern occurred in only 20 of 47 bodies studied by Hitzrot.9 Those contemplating mobilizing a pectoralis musculocutaneous flap based on the pectoral branch of the thoracoacromial artery or a latissimus dorsi flap based on the thoracodorsal branch of the subscapular artery should review this reference.

Brachial Artery
Major variations of the brachial artery have been found in 20% to 25% of individuals.7 These variations most often take the form of high branching in the proximal third of the arm. Two-thirds of these are unilateral, and most of the remaining bilateral anomalies were different from side to side. Five patterns of early brachial artery branching have been suggested (Fig. 19-7): radial and ulnar common interosseous trunks; ulnar and radial common interosseous trunks; common interosseous or persistent median artery and radioulnar trunk; radial, ulnar, and common interosseous trunks; and a normal brachial artery with a long, thin aberrant branch that runs superficial to the median nerve and ends in the
biceps muscle. There are minor variations among the profunda, superior, and inferior ulnar collateral branches of the brachial artery in which they may arise from each other, share a common trunk, or replace each other.
Arteries of the Forearm
The radial and ulnar arteries may have high origins, as noted previously. When this occurs, the vessels in the forearm often lie in a more superficial plane than normal, usually just beneath the deep antebrachial fascia and, in rare cases, subcutaneously.7 A persistent median artery may supplement or replace the radial or ulnar artery. The common interosseous artery and its volar and dorsal branches are variable in their origins, size, and terminations.

Arteries of the Hand
The superficial palmar arch is quite variable in form. Coleman and Anson,10

Tags: Anatomic Exposures in Vascular Surgery
May 22, 2016 | Posted by drzezo in ANATOMY | Comments Off on Anatomic Variation of the Blood Vessels
Premium Wordpress Themes by UFO Themes
WordPress theme by UFO themes
%d bloggers like this: