The use of botulinum neurotoxin in otorhinolaryngology

a Diseases in italics are not reviewed in this chapter.

Some patients are unable to achieve an adequate speech level for optimal communication after laryngectomy. One of the causes is spasms of the cricopharyngeal muscle. In this condition, BoNT can reduce the muscle activity and improve the quality of speech (Chao et al., 2004). Swallowing disorders in neurological patients can result from a disturbed coordination of the relaxation of the upper esophageal sphincter and can lead to pulmonary aspiration. The cricopharyngeal muscle is a sphincter between the inferior constrictor muscle and the cervical esophagus and is primarily innervated by the vagus nerve.

The following procedure can be used as a test prior to a planned myectomy or as a single therapeutic option that has to be repeated. Botulinum neurotoxin can be injected into the cricopharyngeal muscle at three injection sites under general anesthesia, using 10–20 U onabotulinumtoxinA/incobotulinumtoxinA (or 50–100 U abobotulinumtoxinA or 500–1000 U rimabotulinumtoxinB [BoNT-B]) (Fig. 12.1).

In dysphagia caused by spasms or insufficient relaxation of the upper esophageal sphincter, injection of BoNT as described can improve the patients’ complaints (Fig. 12.2). Patients should be evaluated for symptoms of concomitant gastroesophageal reflux to avoid side effects such as “reflux-laryngitis.” If there is gastroesophageal reflux, the etiology and treatment should be clarified prior to initiation of BoNT therapy. 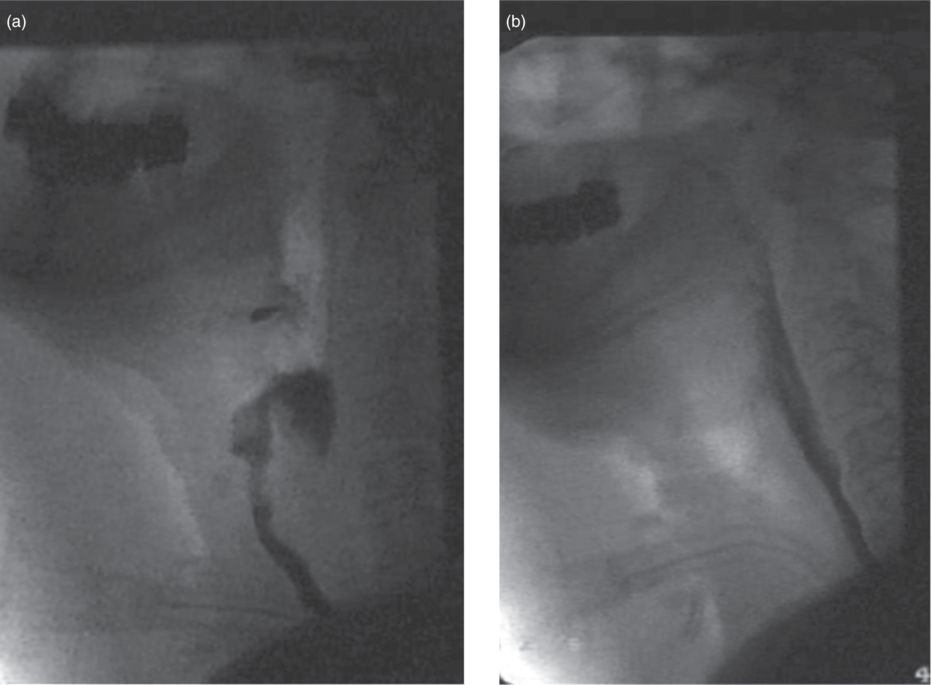 Fig. 12.2 Patient with severe swallowing disorder caused by irregular function of the upper esophageal sphincter. (a) Aspiration during swallowing. (b) Following three injections of botulinum neurotoxin (20 U onabotulinumtoxinA), the pharyngoesophageal passage is normalized.

Repetitive contractions of the muscles of the soft palate (palatoglossus, palatopharyngeus, salpingopharyngeus, tensor and levator veli palatini muscles) lead to a rhythmic elevation of the soft palate. This disorder has two forms, symptomatic palatal tremor and essential palatal tremor. Symptomatic palatal tremor can cause speech and also swallowing disorders through velopharyngeal insufficiency. Most patients suffering from essential palatal tremor complain of “ear clicking.” This rhythmic tinnitus is caused by a repetitive opening and closure of the orifice of the eustachian tube. A particular sequel of pathological activity of soft palate muscles is the syndrome of a patulous eustachian tube. These patients suffer from “autophonia” caused by an open eustachian tube due to the increased muscle tension of the paratubal muscles (salpingopharyngeus, tensor and levator veli palatini muscles) (Olthoff et al., 2007).

Fig. 12.3 Dorsal view of the nasopharynx and soft palate (modified after Tillmann, 2005). The arrows mark the possible sites of onabotulinumtoxinA injections. The salpingopharyngeal fold is used as a landmark.

Fig. 12.4 Transoral view of injection sites in patients with palatal tremor. The insertion of the tensor veli palatini muscle is used as landmark.

Landmarks are given to avoid vascular injections and to indicate the most “responsible” muscle. The synergistic function of targeted soft palate and paratubal muscles (salpingopharyngeus, tensor and levator veli palatini) often interferes with clinical and therapeutical separation. To avoid side effects such as iatrogenic velopharyngeal insufficiency, treatment should be started with low doses, as described above.

Hypersalivation can be caused by various conditions such as tumour surgery, neurological and pediatric disorders and disturbances of wound healing following ENT surgery.

Hypersalivation also is of relevance for a number of reasons in patients suffering from head and neck cancers. Some of these patients are unable to swallow their saliva because of a stenosis of the upper esophageal sphincter caused by scar formation after tumor resection. In other patients, there are disturbances of the sensory control of the “entrance” of the supraglottic tissues of the larynx, allowing saliva to pass into the larynx. In patients with Parkinson’s disease, decreased swallowing also leads to hypersalivation as it interferes with saliva clearance. This may lead to continuous aspiration and aspiration pneumonia. In a third group of patients, complications of impaired wound healing after extended surgery can occur, such as fistula formation following laryngectomy. Saliva is a very aggressive agent and can inhibit the normal healing process.

Both the parotid and submandibular glands are of interest in this context. The parotid gland is the largest of the salivary glands. It is located in the so-called parotid compartment in the pre- and subauricular region, with a large compartment lying on the masseter muscle. The gland also has contact with the sternocleidomastoid muscle (Fig. 12.5). 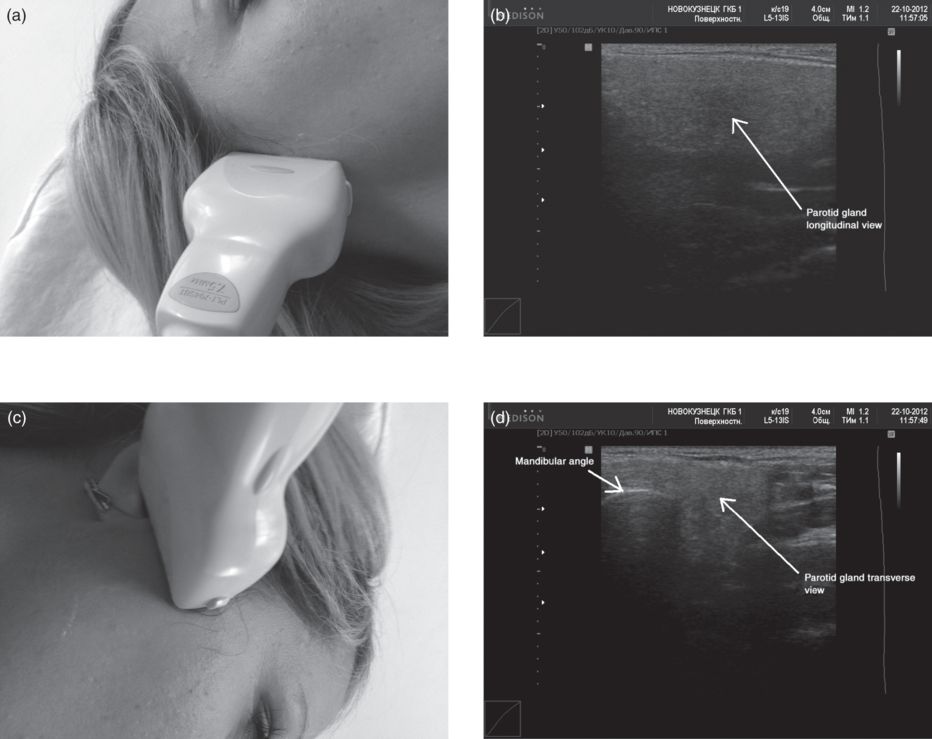 Tags: Manual of Botulinum Toxin Therapy
Oct 1, 2016 | Posted by admin in GENERAL SURGERY | Comments Off on The use of botulinum neurotoxin in otorhinolaryngology
Premium Wordpress Themes by UFO Themes
WordPress theme by UFO themes
%d bloggers like this: