A 40-year-old woman with diabetes comes to the clinic with blood sugar in the 400s because she ran out of insulin a few weeks ago. She appears poorly groomed and has nicotine stains on her fingertips. Excoriated lesions (Figure 238-1) are noted on her forearms and face. She reports no itching at this moment, but when asked confirms that she regularly smokes methamphetamine. The diagnosis of her skin condition is meth mites. She acknowledges that she picks at her skin when she is high on meth. The physician asks her if she wants help to get off the meth so she can care for her health and well-being. She breaks down in tears and says that her craving for meth is very strong, but she is willing to try something because she knows the meth is ruining her body and life. 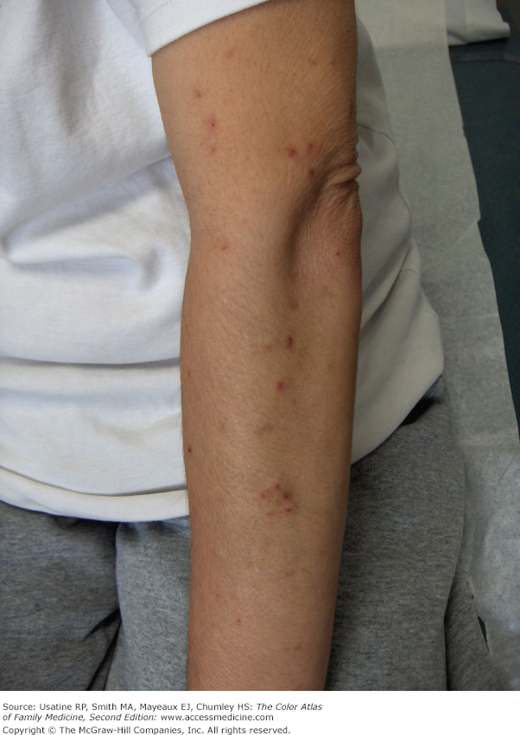 A 40-year-old woman with sores on her arm caused by picking at her skin while using methamphetamine. Also called meth mites, although there are no mites. (Courtesy of Andrew Schechtman, MD.)

Methamphetamine is a powerfully addictive stimulant that can be smoked, snorted, or injected. Methamphetamine can be produced by using common household products and pseudoephedrine. There is a worldwide epidemic of methamphetamine abuse and addiction. 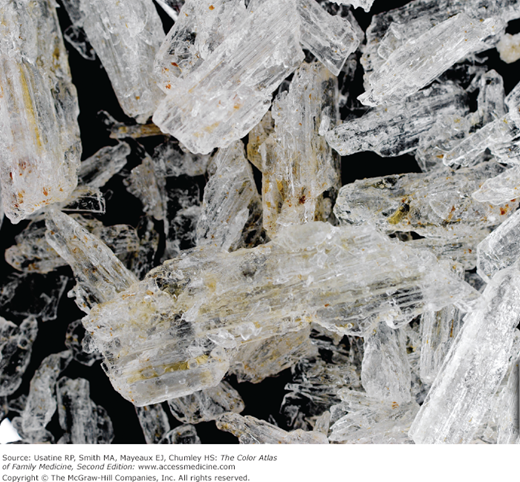 Methamphetamine in its ice format. (Courtesy of DEA.) 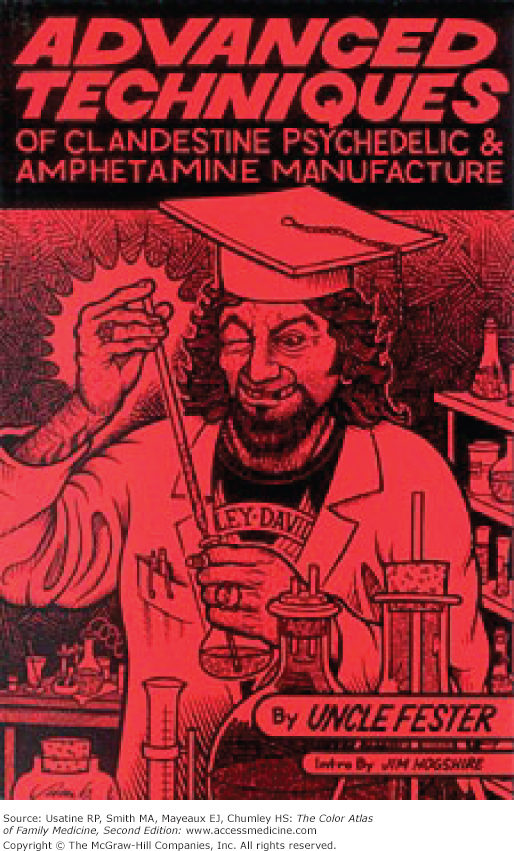 One of many books by Uncle Fester that can be purchased on the Internet. The information to manufacture methamphetamine is readily available. (Reproduced with permission from Uncle Fester, www.unclefesterbooks.com.) 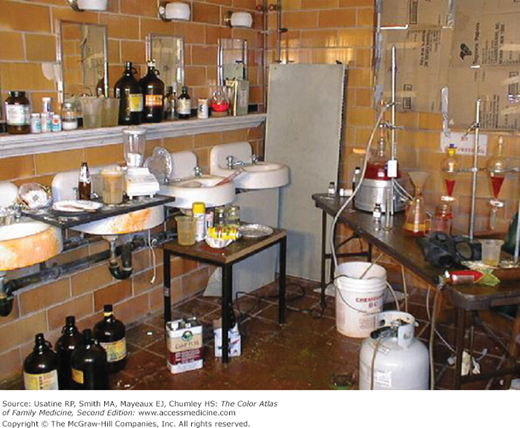 A methamphetamine laboratory with visible toxic and flammable substances. 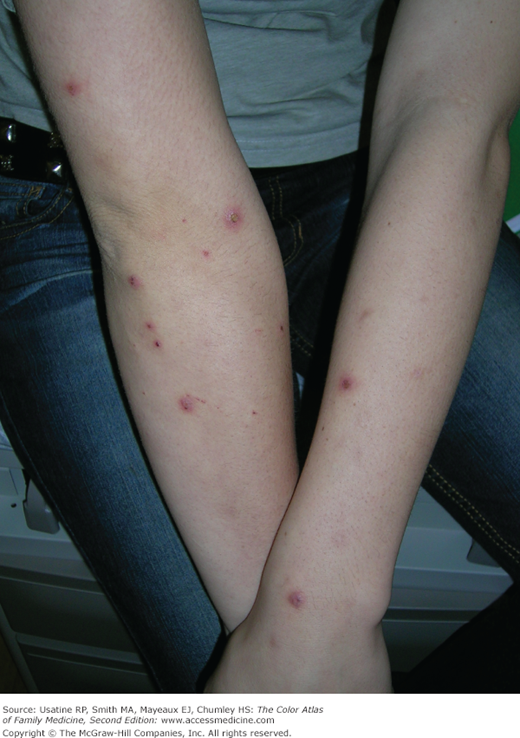 A 19-year-old woman with sores on her arms from picking at her skin while using methamphetamine. Also called meth mites. (Courtesy of Richard P. Usatine, MD.)